Skye  was rescued by Viktor Larkhill  who can be found on Youtube.

Published on Jun 6, 2017
The human monster approached him carrying a shovel and, in one
devastating blow, cut his skull in half, taking his right eye and the
zygomatic arch, destroying muscles and nerves and causing fatal jaw

With our help, I have seen miracles occur with the horrific cases of anmial cruety Viktor takes on. You can donate below and watch Sky's progress on his Youtube site:

Yes, this is the face of animal cruelty, but it is also the face of Inspiration.  Even though half of Skye's face is gone,  what is left of it shows his sweet and patient demeanor. It is possible, in a painful and frightening situation such as this, a dog would become frustrated, petrified and lash out at humans. Not Skye. He knows that these people are trying to help him.  And these people are angels. Watch the video of head surgeon, Dr. Jorge Llinas, clean the wound and stitch it up. Doctor of Traumatology,  Antonio Canadillos observes Skye's jaw that he will have to unlock.

The next time you become agitated,  frustrated or angry,
compare your situation to Skye's.
Skye is my hero.
He is a beautiful soul.
I strive to be like him, although I fall dreadfully short.
There are several more surgeries to go, but in the end, he will be whole again.

I don't know of anyone else that would have taken Skye's case on other
than Viktor and these Doctors. 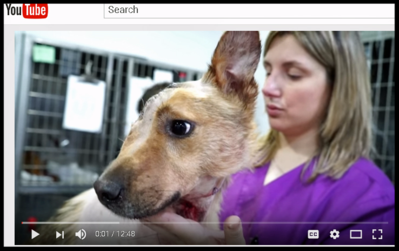 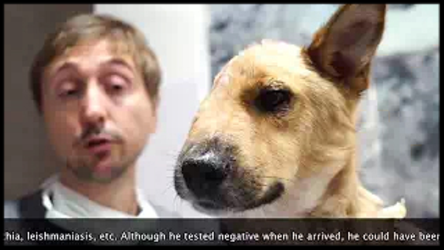 This has been one of the most heart-wrenching stories to watch. This sweet dog had half of his entire head cut off. One of the most difficult aspects of saving him was that there was so much nerve damage Skye could not open his mouth. The diligent and caring veterinarians and staff performed an operation on him that had never been done before on a dog and Skye is now able to open his mouth and eat on his own!

I had my doubts as to whether Skye would ever be a happy dog again, but now I think he will be. The love and caring that Viktor and his team of veterinarians, and assistants, have given Skye has truly paid off.

Thank you, Viktor! And many thanks to all those that have donated to Skye's recovery.ype your paragraph here.

PLEASE DONATE TO OUR RESCUE FUND:

​Skye is a young dog that lived in Europe and all he wanted to do was play. On one fateful day, his owner took a sharp-edged object and brought it down with so much force that he took off half of Skye's face.  The owners no longer wanted Skye and he was rescued by an adoption center. He could not open his mouth because the nerves were damaged. He needed to be fed with a tube. The adoption center put his picture on the internet as being one of the dogs that were up for adoption.  However, the picture they displayed was of the other side of his face. He was shipped to Germany to his new owners.

A young couple had adopted him and, as you can imagine, were horrified when they saw him.  They also instantly fell in love with him. No vet would take him. All of them said to put him down. The owners would not do that. Somehow they learned of Viktor Larkhill, who lives in Spain. If anyone could help Skye, it was Viktor.

It was a long road with many surgeries, but the team of veterinarians that Viktor works with will always help an animal in need.  They are some of the finest surgeons in the world.  Even knowing this, I thought, perhaps, Skye should have been put out of his misery. He looked so sad and I know he was afraid. Not to mention, the pain he must have been in. Yet, he never even whimpered. I am so happy and overjoyed to the point of tears, to say I was wrong.

Skye was taken back to the young couple that adopted him. And he already had a K-9 buddy there, a big loveable Burmese Mountain Dog, who was overjoyed to see his buddy Skye.  The young couple was crying with joy and were so gentle and loving to Skye. They could not stop kissing Skye and reassuring him  that he was home and he was so loved.

This may sound funny, but when I saw Skye go over to the bushes, lift his leg and pee, I knew that he knew he was home.  He was doing what a confident dog would do., mark his territory.

But the most joyful sight, and when I knew I had been wrong, was when I saw Skye's little tail began to wag.  It was a visceral happiness, but that was the only kind of happiness that could have taken the visceral pain I felt for Skye.

In the video, you will also see Cacao the cat, who was also miraculously saved and headed to her new home.

I hope you will be as overjoyed as I am.

Meet Skye
All he wanted to do was play. 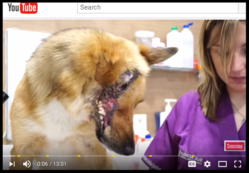 In Skye's case and in almost all the cases that Viktor takes on,  I believe that vets here in the States would recommend euthanasia citing that the animal would not have good quality of life.

This is absolutely untrue.

You will learn in the video that no vet in Europe would take Skye's case,
except for Viktor's vet
Skye will begin his surgeries this week. 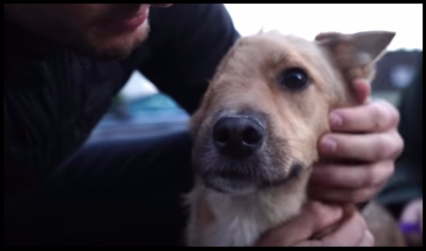 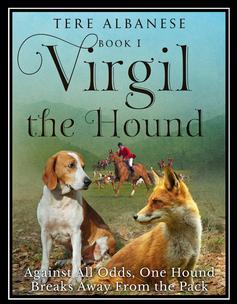 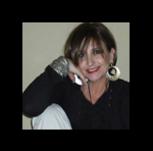 Virgil the Hound is an amazon best seller and is a beautifully illustrated children's book, written by Tere Albanese who is a 20-year veteran school teacher. The beautiful photographs throughout will make this book a favorite of children everywhere while teaching valuable life lessons about kindness and compassion toward animals and humans. You can order personally autographed copies of the book by visiting our Books page.

"Virgil the Hound is a charming, feel good story of a hound who wouldn't hunt"... Janice Holland, based in the UK.

"Virgil the Hound is a touching story that reminds us that animals deserve kindness and compassion. More and more people are opening their hearts to animals, and Tere Albanese's words will open many more." Neal D. Barnard, MD, President, Physicians Committee for Responsible Medicine.

"Every once and a while, a story comes along that feels like it has a touch of the divine. Virgil the Hound is jus such a story"... Joy Casey, Author and avid reader.